The hacking of the dating site Ashley Madison has raised complex questions about online privacy and the safety of personal data, but for the users of the site, which claims to have more than 33 million members in 46 countries, the questions are fairly straightforward: what are the chances my husband or wife will find my profile on the site, and what can I do to stop that happening?

This is what Ashley Madison customers, or anyone who shares intimate details about themselves on a dating website, need to know… CONTINUE 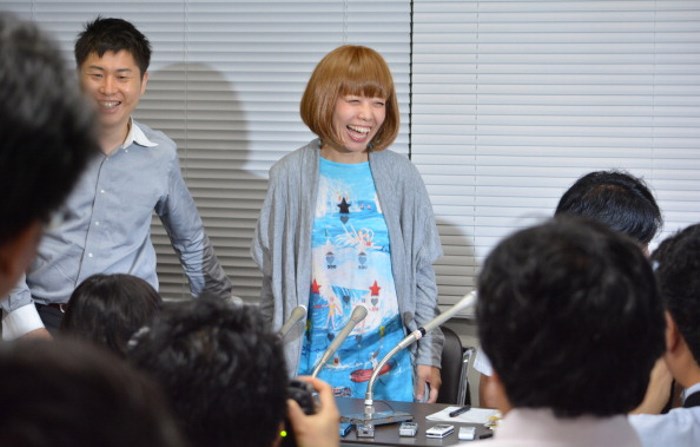 Another interesting story from The Guardian:

Vagina selfie for 3D printers lands Japanese artist in trouble
Megumi Igarashi, aka Rokudenashiko, arrested for emailing digital template of her genitalia to supporters of her art

Last month it took more than 20 firefighters to free a US student who had become trapped inside a giant sculpture of a vagina in Germany. But genital art elicited a very different response in Japan this week, when police arrested an artist for distributing data that enables recipients to make 3D prints of her vagina.

The artist, who works under the pseudonym Rokudenashiko – which roughly translates as “good-for-nothing girl” – was arrested after emailing the data to 30 people who had answered a crowd-funding request for her recent artistic venture: a kayak inspired on her own genitalia she calls “pussy boat”, according to Brian Ashcraft at the gaming website Kotaku… CONTINUE 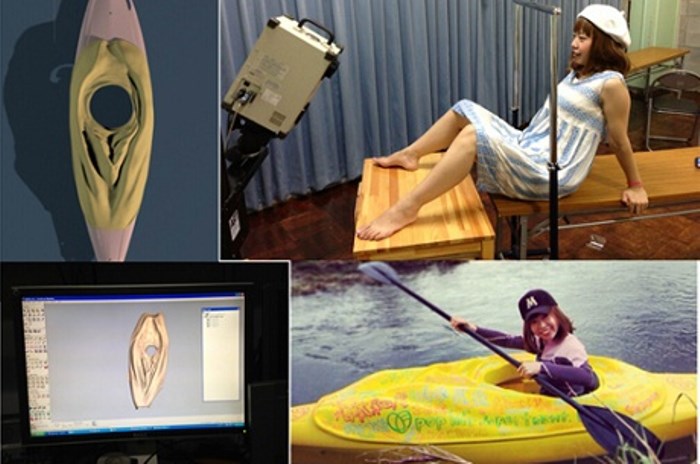 Self CBT in public ? Yes ! A couple of days ago, on November 10, 2013, Petr Andreevich Pavlensky, a Russian conceptual artist and political activist hammered a nail through his scrotum into cobblestones outside Lenin’s Mausoleum, on the day Russia marked its Police Day national holiday. The artist said in a statement that he was trying to draw attention to Russian society’s inaction in the face of the development of a police state. 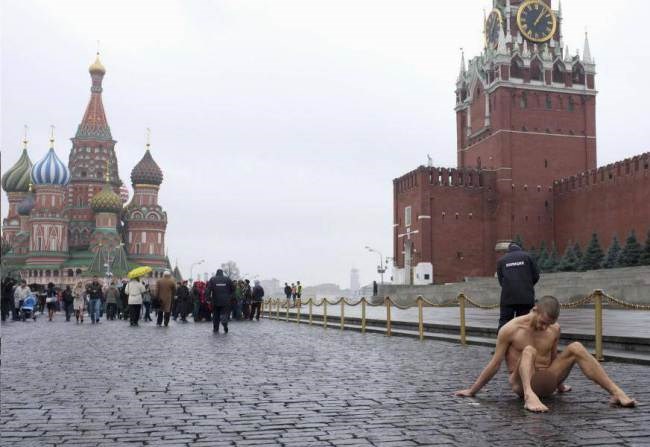 Media reported the episode has happened in font of “hundreds of horrified tourists”. I’m wondering if there were instead some kinksters who greatly appreciate the show. : D

Needless to say the authorities did not appreciate the show as well. Policemen on Red Square quickly responded by first covering the naked artist with a blanket. The artist was then taken into custody and hospitalized after being removed from the pavement.

Finally, a new law in Germany creates a third sex category on birth records. It could seem like an obvious solution to some problems of intersex: if some babies are born with bodies that are neither clearly male nor female, then it seems there should be some category beside male or female. So, parents will be allowed to chose an X option instead of the typical M or F.

The legislation, which went into effect on Friday Nov. 1, 2013, was enacted in order to give parents and children more time before making life-changing sex reassignment decisions. Germany is the first European nation to offer the third gender designation.

In the past, by contrast, parents have generally relied on physicians to fix intersex children through the use of surgical and hormonal sex normalizations. Instead of individuals deciding for themselves at maturity, decisions concerning sex assignment were made in infancy by physicians and parents. Now, with the new category introduced by German law, the ambiguity presented by infants with atypical sex anatomies can be managed simply with a new label. A very good news.

David Cameron used a major speech to set out a raft of reforms to protect children from poisonous pornography websites which, he said, were corroding childhood. He announced that internet service providers had agreed to introduce family-friendly filters that automatically block pornography unless customers chose to opt out. Under his proposals, by the end of next year all households will have to opt out of automatic porn filters, which would come as standard with internet broadband and cover all devices in a house. Possession of the most extreme forms of adult pornography will become an offence, while online content will have the same restrictions as DVDs sold in sex shops. You can read the full article on The Independent.

Mr Cameron ! You can’t protect us from anything
because you simply don’t understand the Internet !

China has tight regulations controlling which films can be broadcast, including politically sensitive films and some pornographic films, so I guess someone is going to a prison in inner Mongolia…

Social media says that a technician was watching the film on his computer without realizing it was connected to the LED screen. When he was warned about was going up, he unplugged his computer and threw the disc out of the window. #lol.

Anyway, this is not the first accident of this kind, same thing happened last February in Fuye Square, a public square in Zhongshan (Guangdong area, another province of the People’s Republic of China).

According to The Nan Fang, a local blog in English language that reported the news, one netizen said this was caused by Zhongshan’s dark history coming back to haunt it (Zhongshan is the hometown of former head of state Sun Yat Sen). Another said this was a great day in history. Another fancies that he’s seen this film before. #lol.